When we are looking for a visit to hill station in north india the first destination which comes in mind is himachal pradesh. The tourist attraction in himachal pradesh is shimla, manali which hundreds of travellers visit every summer when the number of travellers is below 6 people hire a small car like indica and as the number of travellers increase the vehicle required to travel changes from small vehicle to a large vehicle known as tempo traveller. Shimla manali by tempo traveller can be visited from delhi as it takes 8-9 hours to cover the destination. First shimla comes in route and after that manali so the tour shimala manali by tempo traveller should be planned accordingly so that first traveller has to visit shimla then manali and also hotel bookings are made in same sequence. The vehicle when there are below 9 passengers a nine seater tempo traveller can be rented for shimla and manali tour. 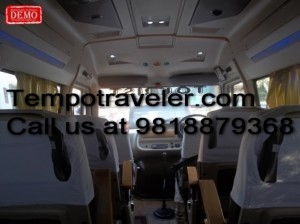 When you wish to visit shimla below are attractions which you can visit while your tour:

When you wish to visit manali below are attractions whcih you can visit while your tour to manali: